MixEmergency and SYQEL are both apps made to create live visuals. But there is a major difference between them: SYQEL immediately starts visualizing your music automatically using AI, while MixEmergency requires you to build visuals layer by layer. You can also install plugins to access more effects/transitions for this Serato exclusive app.

Note: MixEmergency only runs on macOS.

MixEmergency can only be run on macOS. You need a lot of memory to run the software. With MixEmergency, audio/visual output quality is determined by the hardware used to project your visual set (desktop, projector, etc.) 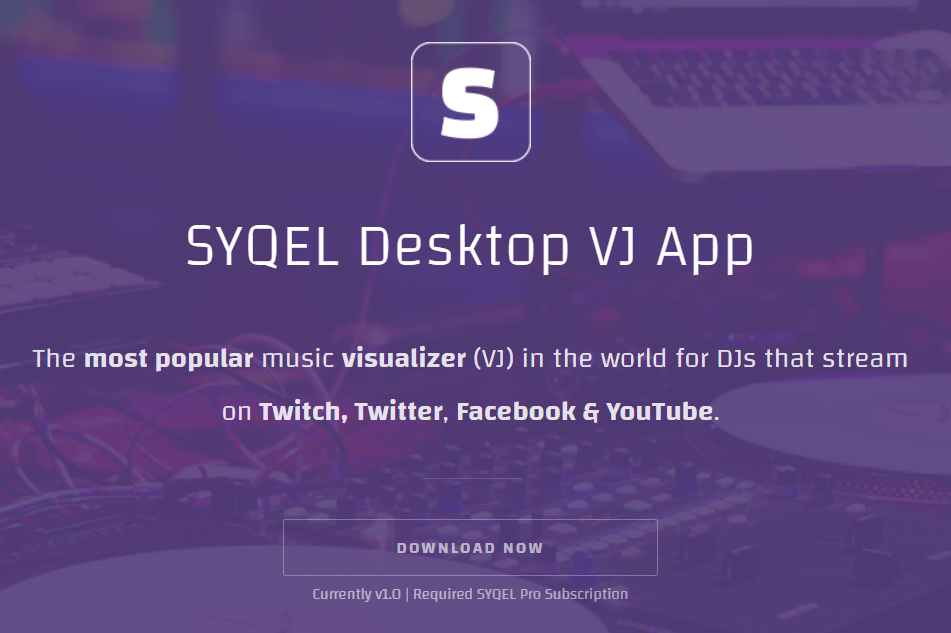 MixEmergency requires you to learn an entire interface before being able to build visuals. There are also presets and preferences to configure before being able to quickly run software. You have to learn how to overlay media and effects to create dynamic visuals. If you want to use a new effect or transition, you can install a plugin.

With SYQEL, there is no interface to master. You just download the software on your PC. Choose your audio input (laptop, microphone, whatever you choose) from your online account and open the desktop app. The app immediately starts visualizing. Modify the framerate, visual duration, and transition times. Modify your set and SYQEL will adjust automatically. It takes 5 minutes to set up and start using SYQEL. 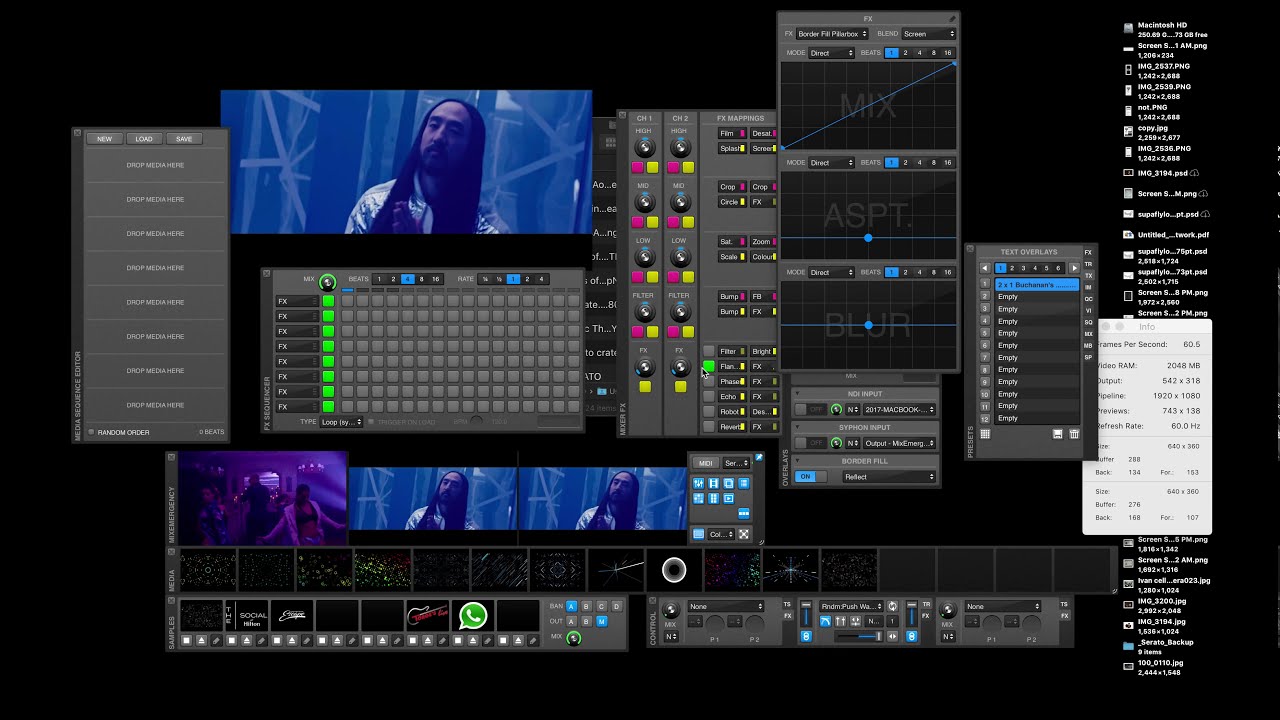 As MixEmergency works using layer building and media modification tools, you have many options for customizing your visual sets. Because of this, there are over 15 different control windows to manage visuals and audio. You have to take the time to overlay elements as you create them. This is all to say that MixEmergency requires you to make many decisions, and organize your media so as not to lose your place in your set.

MixEmergency has you import your own media. You may need to source media from other sources to build your visuals. You may also need to use different software, Quartz Compositions, to add your own personal logo to your visuals. SYQEL allows you to upload your logo as an image, and the app will display it at all times.

Fine-tuning a visual set with MixEmergency requires you to learn how to change many factors, such as velocity adjustment and contour. You must consider every element of a visual, as well as how it interacts with every other one.

Pricing: How much is your time worth?

A SYQEL Lifetime Software License is a one-time purchase that is and always will be easy to use. A MixEmergency Software License requires you spend money as well as time to get up and running.

See our monthly plans if a lifetime license fee is not just not in the budget right now.

It just comes down to what you have the time and patience for.

MixEmergency requires many decisions and variables to learn to use and get to DJing.
If you are looking for software to visualize music for you, so you don't have to spend time or patience doing it all yourself,
SYQEL is the VJ software that will put you on the map in your niche.